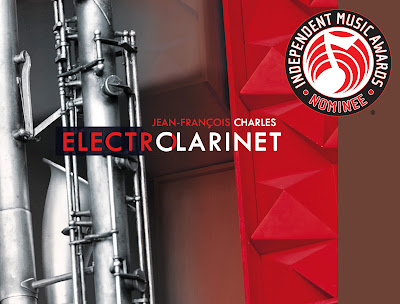 Jean-François Charles and the Electroclarinet album were named by Music Resource Group (MRG) as a Nominee in The 17th annual Independent Music Awards (The IMAs), the influential awards program for independent artists and releases. Innovative self-released and indie label projects in all styles and mediums were nominated by fans and industry panelists in 103 Album, Song, EP, Music Producer, Music Video and Design categories that were culled from thousands of submissions worldwide.

See the list of the Independent Music Awards Nominees in the Music Producer category.